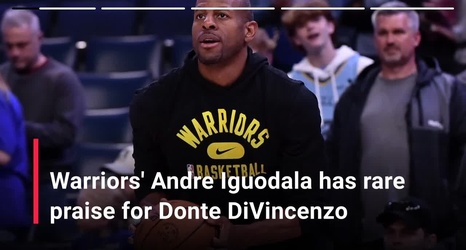 The Warriors were well represented in this year's NBA general manager survey. However, while several members of the reigning champs ranked highly, face of the franchise Steph Curry was arguably slighted by the results.

Of the 29 GMs who responded to the survey, only one said they expect Curry to win the league's Most Valuable Player Award this season. Dallas Mavericks guard Luka Doncic received 48% of the vote (14 GMs), Milwaukee Bucks wing Giannis Antetokounmpo received 34% of the vote (10 GMs) and Philadelphia 76ers center Joel Embiid received 14% of the vote (four GMs).