One team has already been ruled out of the Kevin Durant trade sweepstakes. You'll never guess who it is. 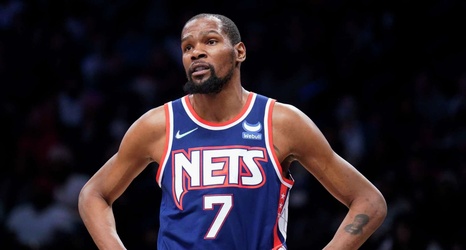 After news broke Thursday that Brooklyn Nets star Kevin Durant has requested a trade, Bleacher Report's Jake Fischer indicated that only one of the NBA's 29 other teams will definitely not be part of the bidding war.

It's hardly a surprise as to which team it is.

"The only team that NBA sources with knowledge of the situation have indicated is not a tangible option for Durant is Golden State," Fischer reported. "And the Warriors likely don't have a package of win-now pieces that would strike Brooklyn's interest anyhow."

It's not clear whether Fischer's "NBA sources" come from Durant's side, Golden State's side or both.