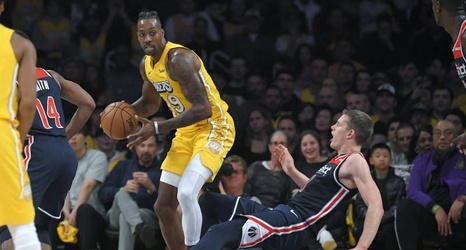 Both Dwight Howard and the Golden State Warriors entered this summer very uncertain about their respective futures.

Howard had been traded Memphis Grizzlies and was promptly waived to free up cap room. Meanwhile, the Warriors watched Kevin Durant depart for Brooklyn and signed former Nets star D'Angelo Russell to try to compensate for the loss of Klay Thompson in the backcourt.

But while Howard's unexpected reunion with the Los Angeles Lakers in panning out better than expected, the Warriors look to be on the cusp of landing a top draft pick just one year removed from their fifth straight trip to the NBA Finals.