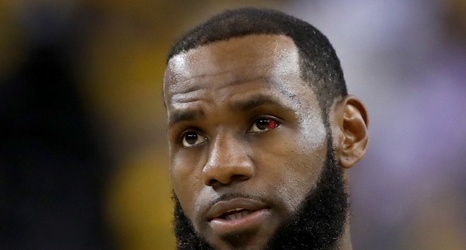 Want Warriors news in your inbox? Sign up for the free DubsDaily newsletter.

OAKLAND – Cavaliers forward LeBron James said his right eye is feeling better a day after it was poked during Game 1 of the NBA Finals.

James, who finished with 51 points, eight rebounds and eight assists, injured the eye when Warriors’ forward Draymond Green poked up during a drive to the basket in the first half of the Warriors’ 124-114 win.

Green’s poke resulted in James experiencing some redness in his eye during the second half.