Mychal Thompson says Klay wants to be a Warrior for life 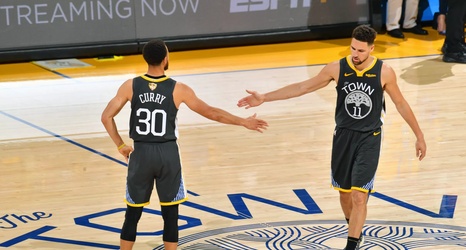 Klay Thompson has played all of eight of his NBA seasons in a Golden State Warriors uniform, and he intends on staying with the Dubs for the rest of his career.

Thompson’s father, former No. 1 NBA draft pick, Mychal, joined Dell and Sonya Curry’s “Raising Fame” podcast and said his son wants to stay in the Bay Area for life and enter the Hall of Fame alongside teammate Steph Curry.

“He wants to go into the Hall of Fame along with Steph. That’s how close he feels to him and how honored he is to play with him.