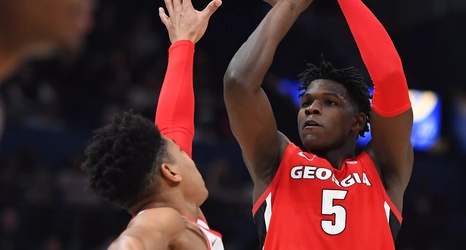 The 2019-20 NBA season is on hiatus for the time being. When or if the league resumes, it is safe to assume to the NBA Draft will be delayed from its usual late June date.

That doesn’t mean we won’t see plenty of mock drafts over the coming months. In his most recent mock, Jake Rill of Bleacher Report has the Warriors selecting Georgia guard Anthony Edwards at No. 1

Here is what Rill has to say about Edwards:

“It’s official: Anthony Edwards will not return to Georgia and is declaring for the NBA draft after one college season.