Megan Rapinoe: I'm not going to the f– White House 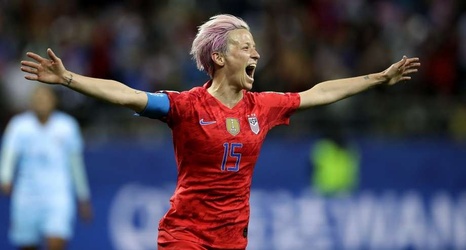 U.S. women's national soccer team star Megan Rapinoe is far from interested in taking part in the ceremonial trip to the White House, if the United States wins the 2019 FIFA Women's World Cup, according to comments she made to soccer magazine Eight by Eight.

"I'm not going to the f– White House," she said after being asked if she's excited about the idea of going to the White House, which was once a custom of professional and national sports teams to celebrate a championship.

But since President Donald Trump took office in 2017, visiting the Whit House has become a topic of controversy for many sports teams, perhaps most prominently with the Golden State Warriors after they won the NBA title in 2017.