Kurtenbach: The Raptors paid Stephen Curry the ultimate respect and it told us so much about this series 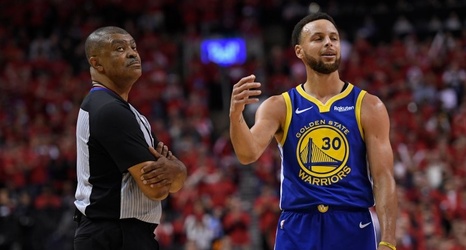 TORONTO – To stop the unstoppable, you usually have to do something unusual.

And there’s no question the Toronto Raptors did that in Game 2 of the NBA Finals Sunday night.

With 4:42 remaining in the fourth quarter and the Warriors leading by nine points, Raptors coach Nick Nurse switched up his team’s defense.

He went deep into his bag of tricks and brought out a defense that is usually played by middle schoolers.

But I’ll be damned if it didn’t work.

The Raptors ran a box-and-one defense — a variation of the 3-2 (or 1-2-2) zone defense they would run, on occasion, in the regular season — in crunch time Sunday, and in that bold, but effective move, Nurse provided Curry the ultimate sign of respect and, in the process, told us so much about this series (and the modern state of the game).