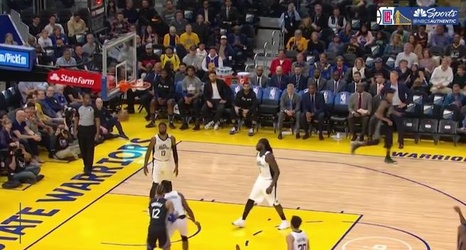 It sounds like Juan Toscano-Anderson is going to be sidelined for awhile.

He will undergo an MRI on his sprained left ankle and the expectation is that he will not travel with the team on its upcoming five-game road trip.

After hosting the Brooklyn Nets on Thursday night, the Warriors play at Milwaukee, Toronto, Indiana, Detroit and New York over an eight-day span, before returning home to face the Atlanta Hawks on March 25.

Toscano-Anderson injured the ankle less than 45 seconds into Golden State's loss to the LA Clippers on Tuesday night and did not return.