In their 104-79 loss against the Atlanta Hawks, the Warriors were made to look like the worst of the worst 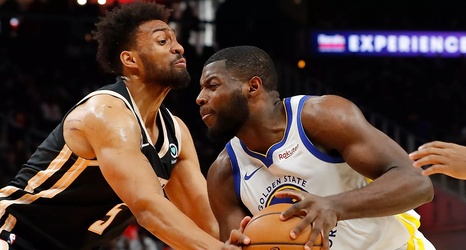 It’s rare to see amazing feats of greatness on an NBA court, so when things like those happen, one should count themselves lucky to have witnessed such events.

On the other hand, it’s also equally rare to see an amazingly appalling stretch of basketball on an NBA court. There is an assumed minimum level of competence expected from professional NBA players — and the Golden State Warriors, during one chaotic possession in the third quarter against the Atlanta Hawks, gave the impression that they were well below such a minimum.

If that wasn’t the ugliest stretch of basketball you’ve seen in your life, then you’re probably a basketball lifer who has seen much worse.