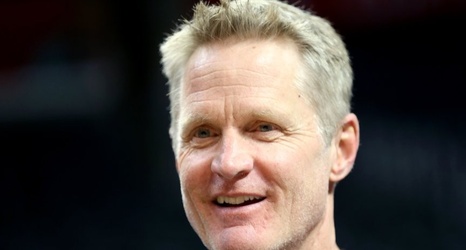 Steve Kerr says he once feared failure, and you wonder how that could be.

First off, he played at the University of Arizona when the Wildcats were building the foundation of a college basketball powerhouse. Secondly, he was a drop-dead 3-point shooter. He was so money that the home crowds had a special salute just for him.

Kerr would nail a triple. The public address announcer would intone, “Three points for Steve Kerr.” And the fans would holler back in joyous unison, “STEVE!!! KERR!!!”

I mean, how much positive affirmation does a guy need?

Apparently quite a bit.