How to watch Warriors vs. Trail Blazers 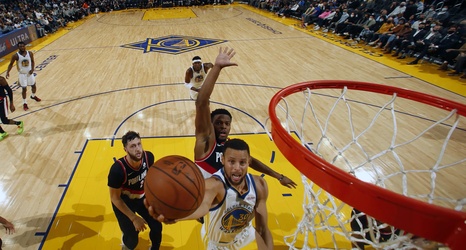 Game 19 of the regular season is on the way as the Golden State Warriors will play against the Portland Trail Blazers tonight in San Francisco at 7pm on NBC Sports Bay Area.

The Warriors are coming off an exciting 116-96 win against the Philadelphia 76ers on Wednesday night that featured contributions from everyone on their deep roster to seal the come-from-behind victory. The Trail Blazers last played on Wednesday in a game that resulted in a loss to the Sacramento Kings, 125-121.

For the recent matchups between these two teams, the Warriors and the Blazers have played each other six times over the past two seasons.