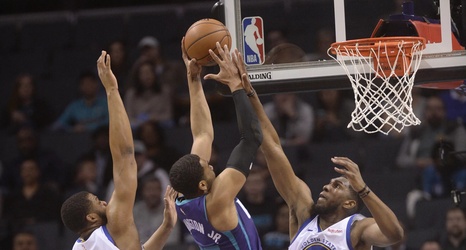 Coming off the heels of a demoralizing defeat in Atlanta on Monday, the Golden State Warriors followed it up by yet another shameful loss in a season chock full of them, as the Charlotte Hornets sweep the season series 106-91 in front of an underwhelming Spectrum Center crowd.

Golden State was down four at halftime and took a two point lead early in the third quarter until the Hornets outscored the Dubs 23-11 over the quarter’s final nine minutes. The reason? no solid perimeter defense. The Dubs entered last night’s game with the fifth-worse 3-point defense in the league.