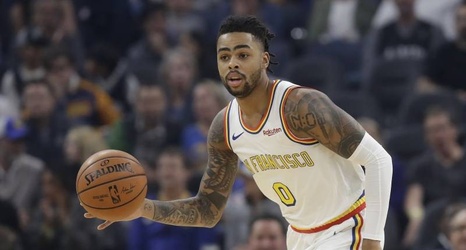 D'Angelo Russell provided a high amid a slew of lows for the Golden State Warriors.

The 23-year-old point guard scored a career-high 52 points in the Warriors' 125-119 overtime loss to the Minnesota Timberwolves on Friday night, shooting 19-of-37 from the field, including 7-of-17 from three-point range. He was one rebound shy of a double-double.

It marked his second game this season with at least 30 points and 23rd such game in his career, according to the Warriors. Russell scored 14 of his 52 points in the last five minutes of the fourth quarter, and he was the only Warrior to score in that span.