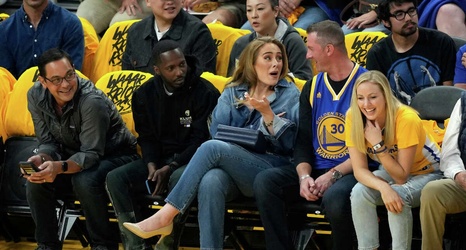 The Golden State Warriors put on a show Friday night at Chase Center and they did it in front of a crowd that was slightly less Patagonia vest-wearing than usual.

The stars were out to see the Dubs' third largest come-from-behind playoff win in franchise history, a 126-117 Golden State thriller that put the Warriors up 2-0 in the Western Conference Finals.