Golden State Warriors: Steve Kerr doesn’t think even he could make it with the NYK 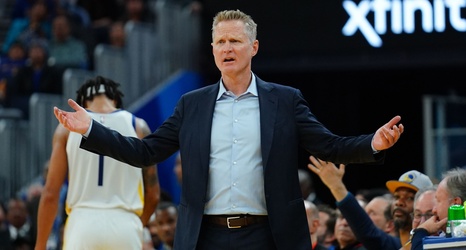 David Fizdale is gone. Steve Kerr is in. The Golden State Warriors have just five wins. However, Kerr knows that the situations could’ve easily been flipped.

Obviously, after winning three titles in the past five years, Kerr isn’t on the hot seat. It’s not even close. But, he’s had the personnel to be able to coach championship-level teams. He made a decision to join a team that he knew was destined for success.

Fizdale, who joined the Knicks, a team that used the bulk of their cap on three power forwards this offseason, was recently fired. Whether it was his fault or not can be debated, but it’s doubtful any replacement does much better.