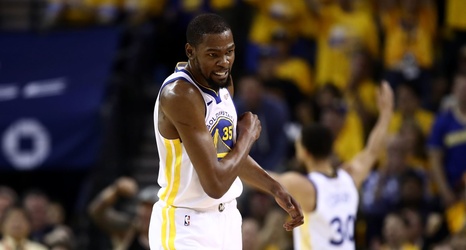 Kendrick Perkins and Kevin Durant have had a rocky relationship recently. Nonetheless, their feud hasn’t stopped Perkins from proclaiming Durant is the greatest player in Golden State Warriors history.

For some brief backstory, Perkins and Durant clashed on twitter when Perkins stated Russell Westbrook was the best player to ever play for the Oklahoma City Thunder. As Durant clapped back, things escalated to a point where insults were tossed back and forth.

Since then, Perkins has expressed remorse and publicly apologized. For the most part, Durant has ignored this event ever since.