Golden State Warriors: D’Angelo Russell vs Jimmy Butler – Who are you taking? 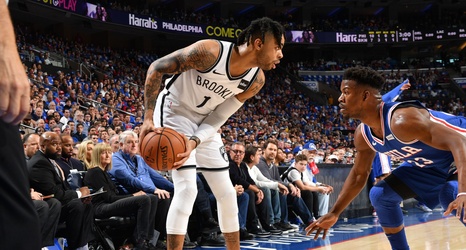 The 2019 NBA offseason completed changed the landscape of the league. It loaded up the Western Conference and restructured who will be the league’s top teams in 2019. For the Golden State Warriors, they lost four-time scoring champion Kevin Durant.

However, there’s not much concern in the Bay Area as Durant’s exodus brought in 23-year-old superstar D’Angelo Russell.

An All-Star a year ago, Russell was recently ranked No. 44 in Sports Illustrated’s Top 100 NBA players. So, while there are only 25 All-Stars, Russell came in at No. 44. Experts continue to disrespect Russell, but that’s ok.