Golden State Warriors: D’Angelo Russell is the future of the franchise 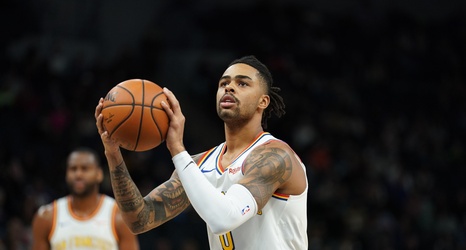 The Golden State Warriors are placing their faith in D’Angelo Russell to become the future of the franchise.

Russell’s acquisition was one of desperation. With two-time Finals MVP, Kevin Durant, making his departure, the Warriors needed to act quickly in order to recover.

Their best option was a sign-and-trade to bring Russell to the roster. The 23-year old All-Star had a shaky start to his career but had since thrived under the Nets system.

Last season, Russell put up career-high numbers in points and assists. He was one of the best creators out of the pick-and-roll and helped carry Brooklyn to the postseason.