Golden State Warriors: D’Angelo Russell is proving he can lead 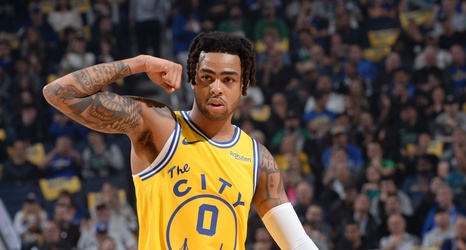 The Golden State Warriors season-long four-game win streak was snapped against the Mavericks, but in the games preceding that one, D’Angelo Russell, the Dubs’ major offseason addition, stepped into the light as the team’s unanimous leader.

He did it on the offensive end of the court while forcing his mediocre defense to step up a notch as well. This win streak was the first time we saw Russell not only score at will but lead the Warriors to numerous victories, almost pulling them out of last in the West.

Earlier this season, Russell had 52 points; however, the Warriors lost to the Timberwolves.