Golden State Warriors: D’Angelo Russell is again having the best season of his career 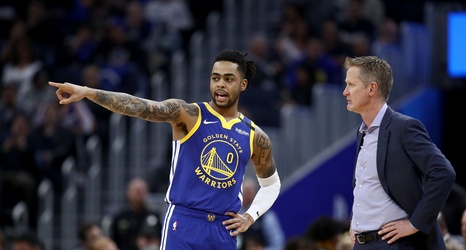 The Golden State Warriors may have considered trading D’Angelo Russell after they signed him this past summer. Well, with this current team, they should be glad they’ve kept the 23-year-old star as his value has only continued to climb.

While many may be arguing that Russell’s putting up empty numbers, the fact of the matter is that Russell’s scoring at a high level, averaging 24.0 points per game. He’s doing it while shooting efficiently, taking a handful of low-percentage shots on a team that struggles to find offense.

Each year of his career, Russell’s increased his points per 36 minutes.