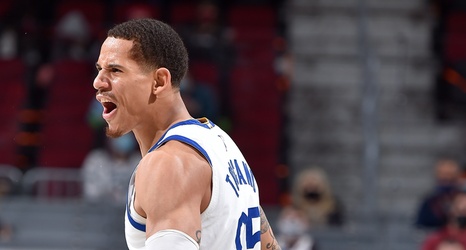 The Warriors were down by as much as 11 points in the first quarter, but a 29-point swing through the first half thrusted the Dubs into a lead they did not give up in a 119-101 road win over the Cleveland Cavaliers.

Jordan Poole, Juan Toscano-Anderson and Damion Lee combined for 25 points through the first half, a majority of which came while Curry took his typical break on the bench to open the second quarter. Lee led the group with nine early points while Poole and Toscano-Anderson had eight each.

Their teamwork and efforts were the force behind the Warriors’ recovery from the early double-digit deficit the team found themselves in while Cavaliers guard Colin Sexton dropped 14 points through the first quarter.