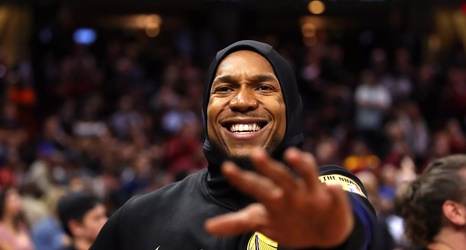 When he was in the NBA, David West was known to be one of the toughest players in the league. The 39-year-old won two NBA championships with the Golden State Warriors in the final two seasons of his career.

West averaged 5.8 points, and 3.6 rebounds with the Dubs, and saw first-hand just how great Steph Curry, Klay Thompson and Draymond Green were as the Warriors dominated the NBA. West was asked by The Athletic’s Sam Amick about how he thinks Golden State will fair next season, and he’s confident the Dubs will be back among the NBA’s elite (h/t Josh Shrock of NBC Bay Area):

“I think they’re going to be ready to roll, honestly.