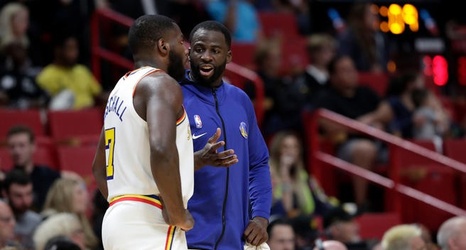 Steph Curry, Draymond Green, Andre Iguodala, Shaun Livingston and Klay Thompson were the only five members of the Warriors to be with the team throughout Golden State's run to five straight NBA Finals. Clearly, the resulting fatigue has had a cumulative effect.

Curry has appeared in four games this season. Zero for Thompson. Livingston is retired, and Iguodala might as well have been prior to being traded from the Memphis Grizzlies to the Miami Heat last week. Meanwhile, Green has played in 41 of the Dubs' 55 games this season, frequently representing the last active remnant of the old guard.