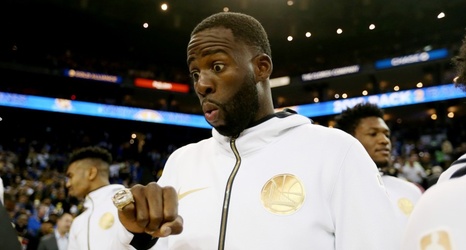 You’ve got to hand it to Josh Duhamel. Dude can carry a grudge.

It’s been more than eight months since Fergie’s squealing, overwrought, comically dramatic rendition of the national anthem at the 2018 NBA All-Star game. And Duhamel, Fergie’s husband, is still taking shots at the Warriors’ Draymond Green for having been unable to keep a straight face.

“I was (angry) at Draymond Green, first of all,” Duhamel told Kristine Leahy on her new FS1 show “Fair Game” recently. “I think he owed her an apology. I think he was kind of an (expletive).”

Green wasn’t the only player to react to Fergie’s performance.