Draymond Green senses people are doubting Warriors, and he likes it 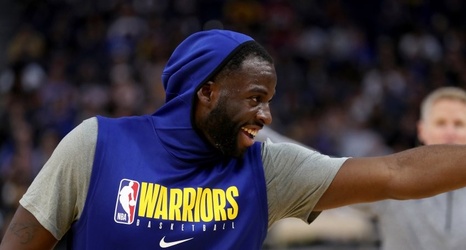 There’s no they’re there.

“There are 10 y’all here,” Green said Wednesday to a small contingent of journos. “In seasons past it would’ve been 80. So there you have it.”

In the marketplace it’s referred to as supply and demand. In sports they refer to front-runners and fair-weather fans. Last year at this time the Warriors boasted four potential future Hall of Famers. They were gunning for their third consecutive NBA title. Every time the team’s media relations crew threw open the doors, waves of reporters came flooding inside the big top.