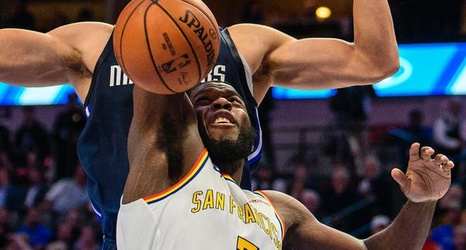 On the morning of the 2019 NBA Draft, the Warriors acquired the No. 41 overall selection in a trade with the Atlanta Hawks.

Golden State used the pick on Eric Paschall, who turned out to be a total steal.

"I really like Paschall," former Warriors forward David West recently told The Athletic's Sam Amick on the "Tampering" podcast. "I think he’s got the grittiness and the edge.

"He’s edgy enough to really eek out a spot for himself in the league."

Paschall had a fantastic start to his rookie season, hit a little bit of a wall and then finished very strong.