D’Angelo Russell’s return no help to Warriors in Charlotte 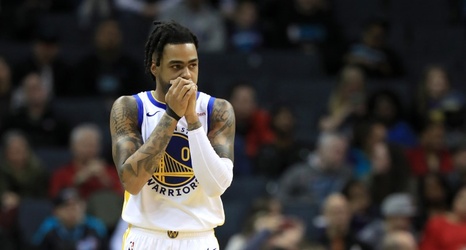 CHARLOTTE, N.C. — D’Angelo Russell returned to the Warriors lineup on Wednesday and led the team in scoring.

What he couldn’t prevent was the Warriors’ (4-19) fourth loss on their current five-game trip.

The Charlotte Hornets beat the Warriors 106-91 to sweep the season series. Russell, who missed the past nine games with a thumb sprain, led the Warriors with 18 points on 7-of-14 shooting. The Warriors also got Draymond Green (heel) back after he sat out Monday against Atlanta.

Devonte Graham made 10 3-pointers and scored 33 points to lead the Hornets.

Graham was 10 of 16 from beyond the arc and also dished out nine assists and had seven rebounds for the Hornets (9-14), who stopped a two-game slide.