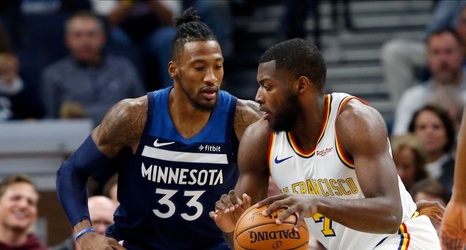 With Russell back running point, the Warriors reverted to the pick-and-roll heavy scheme they implemented after Stephen Curry broke his hand.

As Golden State’s trio of centers Willie Cauley-Stein, Omari Spellman and Marquese Chriss setting high screens, Russell picked and prodded at Minnesota’s defense, setting the tone against a team that came into the night with the highest-ranked pace in the league.