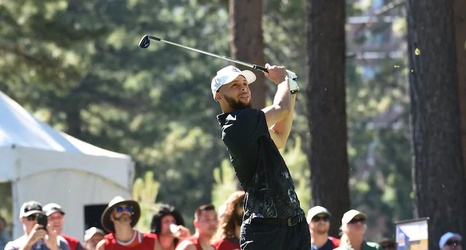 The Summer of Golf continued for Stephen Curry, this time teeing-off at the Safeway Open Pro-Am in Napa Valley. On September 25, Curry took to the greens on a four-person team that included golf legend Phil Mickelson, as well as amateurs Vivek Sankaran and Andy Walz.

This was Curry’s second tournament of the basketball offseason: he first competed in the three-day American Century Championship in mid-July against other celebrities including his father, Dell, former NFL Quarterback and event Champion Tony Romo, and former Dubs teammate Andre Iguodala. Though he finished tied for seventh, Stephen at least beat out Dell, thereby winning their annual bet.