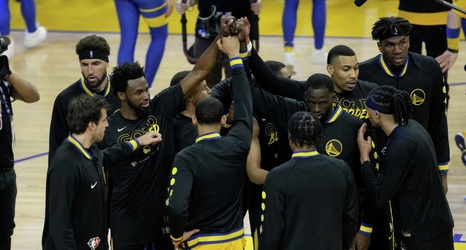 Golden State Warriors fans made their presence felt outside Chase Center on Wednesday after the Dubs' 112-87 win over the Dallas Mavericks in Game 1 of the Western Conference Finals. They were so loud, in fact, that they even caught the attention of the “Inside the NBA” TNT crew, which attempted a live postgame broadcast outside Chase Center.

Once the on-air crew started recapping the game’s highlights, the crowd behind the analysts’ desk broke out the team’s famous elongated “Warriors” chant. The volume caused Charles Barkley to say, “They lit out here, Ernie!”

Ernie Johnson, the show’s host, commented that he’s “never heard noise like this during a highlight” ever in his life, which really speaks to the crowd’s excitement, given Johnson’s esteemed television career.