Could Myles Turner be the Rudy Gobert for the Golden State Warriors? 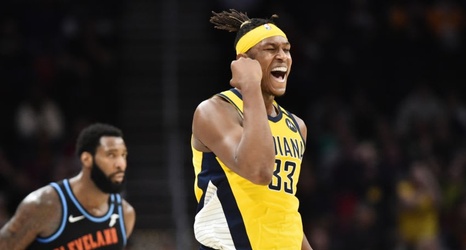 The Utah Jazz are proving that having a superstar alongside a defensive-minded center can work in the modern-day NBA. Could the Golden State Warriors attempt to make their own superstar-rim protector duo by trading for Myler Turner?

Turner will be one of the most talked-about players over the next few months. After the Pacers lost to the Wizards in the play-in tournament after destroying the Hornets, questions were started to be raised about the potential of their roster.