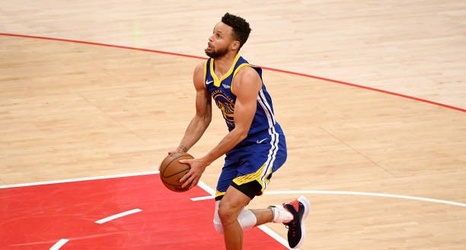 Golden State Warriors star Stephen Curry has been the talk of the NBA for the past month for his red-hot scoring streak.

The two-time NBA MVP received high praise from Milwaukee Bucks guard Jrue Holiday, who called him "an alien" during an appearance on JJ Redick's The Old Man and the Three podcast:

Holiday has seen Curry's ability to dominate up close several times throughout his career. When the Warriors played the New Orleans Pelicans in a first-round playoff series in 2015, Curry averaged 33.8 points on 41.7 percent three-point shooting in a four-game sweep.