Bob Myers on former Cal coach, current Cavs assistant Lindsay Gottlieb: 'I should have hired her' 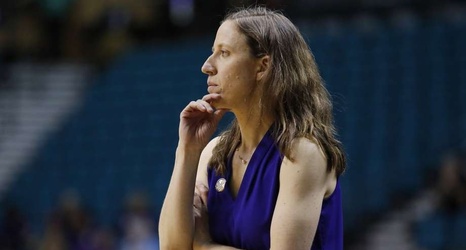 In a long ESPN profile on Gottlieb's first season with the Cavaliers, Jackie MacMullen writes that Gottlieb became a "regular" at Warriors practices during her time at Cal's head coach from 2011-2019.

After she was hired by Cleveland, Myers lamented to MacMullen, "I should have hired her."

When Gottlieb left Cal for the NBA over the summer, she became the first NCAA women's head coach to be hired by an NBA team.