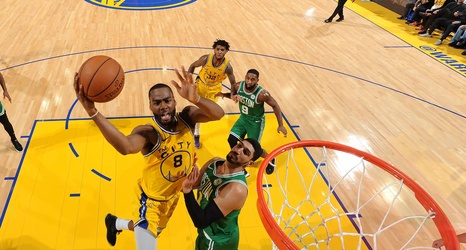 After a road loss at the hands of the Los Angeles Lakers on Wednesday night, things did not get much easier for the Golden State Warriors as they welcomed the Eastern-Conference leading Boston Celtics to Chase Center for a Friday night matchup. Most people watching probably suspected that the Celtics would make quick work of the undermanned Warriors and the game would not be competitive for very long.

But in reality, it was a hard-fought, back-and-forth affair with the Warriors even holding a slim lead late in the fourth quarter. But the Celtics’ talent and firepower were too much and they hung on late, getting the 105-100 win over the Warriors.