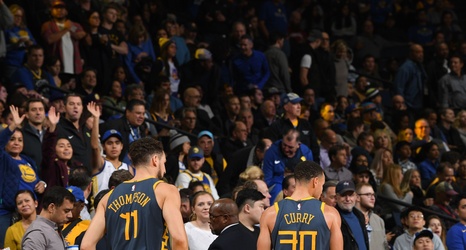 After a thrilling offseason, the Golden State Warriors must, yet again, prove that they’ll be capable of contending for a championship. With an improved Western Conference, many are betting against the Warriors’ odds.

The Warriors did watch four-time scoring champion and former league MVP Kevin Durant leave for Brooklyn. However, given that Durant should be out all of the 2019-2020 season, securing a young superstar in D’Angelo Russell may’ve actually been a good move for Golden State.

The team also added a plethora of veteran talent this offseason. Players like Glenn Robinson III, Willie Cauley-Stein, Alec Burks and others will get a chance to revive their careers with the Warriors.