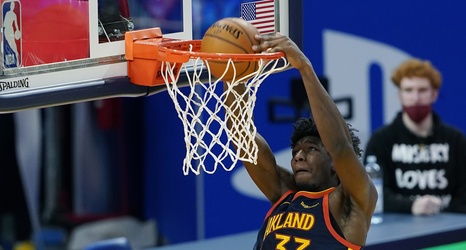 SAN FRANCISCO, CALIFORNIA - JANUARY 12: Head coach Steve Kerr speaks to James Wiseman #33 of the Golden State Warriors after he picked up his fourth foul in their game against the Indiana Pacers in the second period at Chase Center on January 12, 2021 in San Francisco, California. NOTE TO USER: User expressly acknowledges and agrees that, by downloading and or using this photograph, User is consenting to the terms and conditions of the Getty Images License Agreement. (Photo by Ezra Shaw/Getty Images)

There’s no denying that the Golden State Warriors are going to have an interesting next few months.