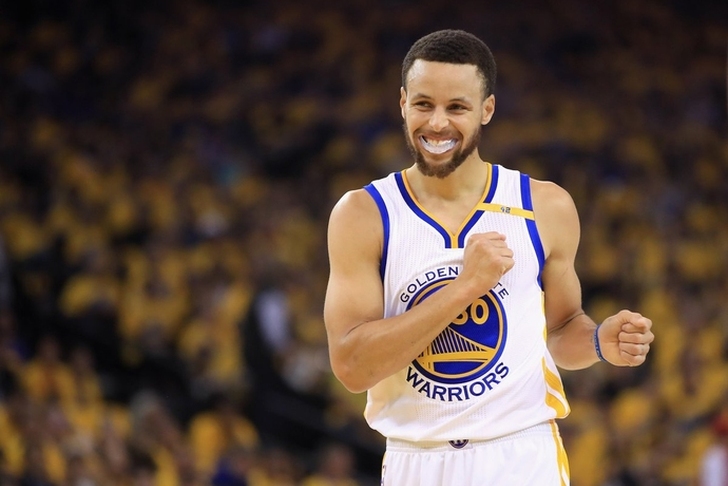 Even with no Kevin Durant, Steve Kerr or even Shaun Livingston and Matt Barnes, the Golden State Warriors still found a way to beat the Portland Trail Blazers Saturday night, 119-113. The Warriors now have a commanding 3-0 series lead.

Warriors were down 67-54 at the half and by as many as 17 in the first half. But then the Warriors erupted as they've done so many times in the third quarter and picked up the win.

The Splash Brothers led the way, as Klay Thompson had 24 points and Stephen Curry had 33 points and eight assists. But those two had help from Andre Iguodala, Draymond Green and JaVale McGee. Green had a very Draymond night: 9 points, seven rebounds, seven assists and four blocks. Iggy had 16 points and seven boards. McGee had 14 points and this nasty alley-oop.

It was once again the Damian Lillard and C.J. McCollum show for Portland. McCollum had 32 points, six rebounds and this 3-pointer that even Kevin Durant was impressed buy.

Lillard had 31 points, seven rebounds and four assists. He also had a nice block of Klay Thompson, complete with a stare down.

Damian Lillard blocked Klay Thomspon and then stared him down. #ripcity pic.twitter.com/y2yyIvINlb

Evan Turner chipped in 16 points, seven boards and also got into with David West.

The Warriors can complete the sweep Monday in Portland. Tip-off is set for 10:30 p.m. ET