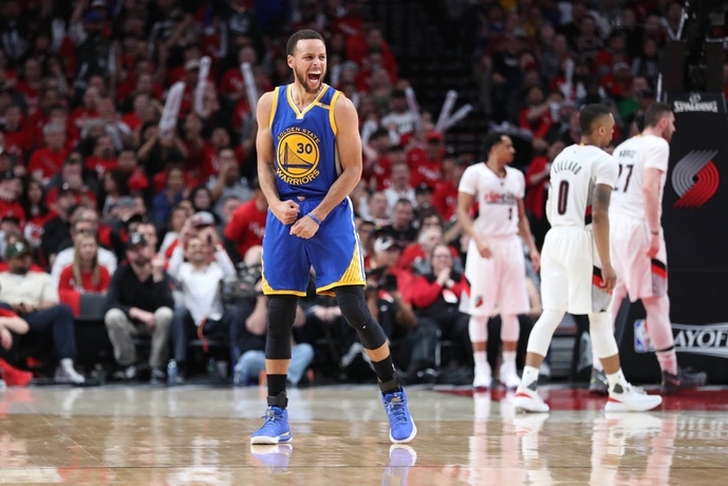 The Golden State Warriors are going for the sweep of the Portland Trail Blazers in Game 4 of their Western Conference first round series tonight. The Blazers had a chance to get back in the series in Game 3, but the Warriors reeled off an impressive second half comeback that put them on the verge of advancing to the conference semifinals. Will they be able to pull off the sweep, or will the Blazers find a way to keep their season alive? Here's our preview and prediction for tonight's game.

What They're Saying About The Golden State Warriors:
Steve Kerr Won't Coach In Game 4, May Miss Entire Postseason With Back Injury
Ailing Steve Kerr joins the Warriors at their morning shootaround
Draymond Green sees an ‘art’ to brilliant smack-talking

Key To The Game: Will Golden State be energized under Mike Brown?
At this point, the Warriors seem to be an operation that simply runs itself on the court. Three different people have served as head coach of this team in the last two years (Luke Walton, Kerr, Brown), but news that Kerr may not coach again this season could have a negative impact on this team's psyche. That's a significant blow to a team that is already playing shorthanded with Kevin Durant missing the last two games with a calf strain. With a 3-0 lead, they could conceivably feel they could take the night off on the road and win the series at home in Game 5.

The other factor of this is that Mike Brown is now their head coach, which hasn't boded well for teams in the past. He has only ever led one team to the Finals despite having five teams that posted win percentages of at least .610 during the regular season. In fact, his two 60-win Cleveland teams failed to win the Eastern Conference. Golden State has a better team than those Cavs teams, but his lack of postseason success is alarming. Will things run smoothly in Game 4?

Prediction: Warriors win 107-103
I think this game will follow a similar pattern to Game 3. Portland will use the energy of the home crowd to build an early lead, but Golden State will flip a switch in the second half - probably early fourth quarter - where they will finally take control of the game. They simply have too much firepower for the Blazers to match for 48 minutes.