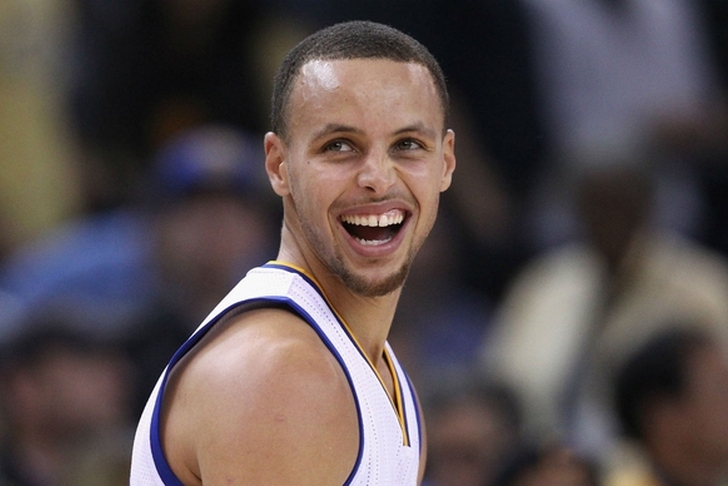 Editor's Note: Vasu Kulkarni is the CEO of Krossover and the self-proclaimed world's biggest basketball lover, and perhaps the biggest Michael Jordan fan on Earth. The following article is republished from his blog, CocoPebble.com, on how one moment in Thursday's Warriors vs. Magic game changed everything he's ever known about the pecking order of G.O.A.T. in the NBA.

When Life As You Know It, Changes Forever

Normally, when people shoot a basketball from more than a few feet behind the three point line, you pretty much expect them to miss. You want them to make it, but you’re pretty sure they are going to miss. This evening, during the Warriors – Magic game, Steph Curry was doing his thing, and with a few seconds left on the clock to end the third, he hoisted a shot from about 46 feet out. But this shot was different.

This was the play that changed everything for me. Until this moment, I never really believed that someone could be better than Jordan. I’m not saying it with conviction yet, but through the years …. Kobe, LeBron, Duncan…. I never once even bothered to entertain the possibility that any of them could be better than Mike. Jordan was, is, and always will be the greatest of all time. I always believed that I would go to my grave, knowing that to be the truth. Until today. What Steph Curry is doing is not normal. It’s not human. I’d say he’s an alien, but goddamn there were no aliens even in Space Jam that could do what this dude is doing right now. I’d say it was divine intervention but I promise you, while Jesus could maybe turn water into wine, there’s no way he can shoot a basketball like Steph Curry. The man is changing everything we ever knew and believed about the game of basketball. He’s making the defense on a fast break have to guard the perimeter, instead of the wide open layup in the paint. He’s making everyone have to go over the screen on a pick and roll, even if it’s 30 feet out. He’s shooting over 50% from between 28 and 45 feet! DeAndre Jordan can’t even shoot that from the free throw line.

My brain started to short circuit at the end of the 3rd quarter today. I got a sickening feeling in the pit of my stomach – like some worldly truth that I had always believed, was actually a lie. It was like going your whole life knowing that Santa Claus wasn’t real, and then at 30, suddenly standing face to face with Rudolph.

I will always remember where I was the day that life as I knew it changed forever. Slouched over a recliner, smiling to myself, feeling my stomach churning, and opening my mind to the possibility that maybe, just maybe, someone could some day be better than MJ.