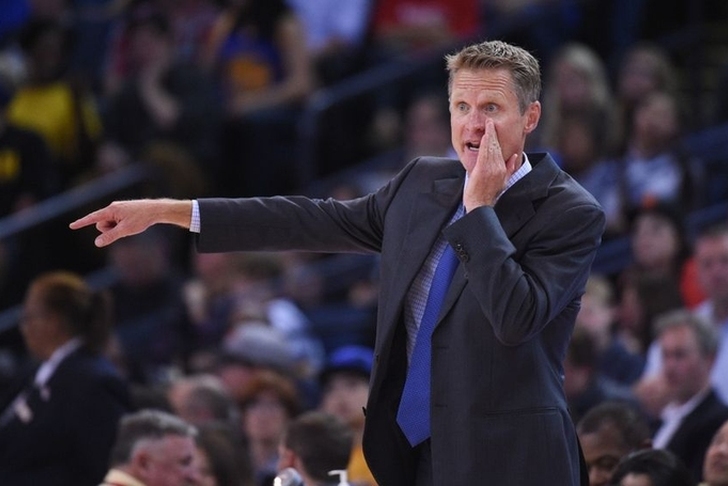 Golden State Warriors head coach Steve Kerr will take an indefinite leave of absence from the team as he recovers from offseason surgeries, per a team announcement on Thursday.

According to Warriors GM Bob Myers, no timetable is currently in place for Kerr's return.

GM Bob Myers "right time to make this decision. Tough decision will be when to come back"

Myers added that he's not going to push Kerr to return until he's fully recuperated.

GM Bob Myers - "we want (Kerr) for the long haul. This isn't a short term decision"

GM Bob Myers on Kerr "he brought it up (leave of absence). I left it in his hands"

Assistant Luke Walton has been named the team's interim coach.

Kerr, 50, led the Golden State Warriors to a 67-15 regular season record and an NBA championship in his first season as an NBA head coach. His hiring followed a 15-season career as an active player in the league, a stint as a television analyst and a run from 2007-2010 as Phoenix Suns general manager.

The team is "hopeful" that Kerr will be back by the start of the season, but again they are making no guarantees about when he will return.

Stay tuned to Chat Sports and our Golden State Warriors team page for more information as it is made available.