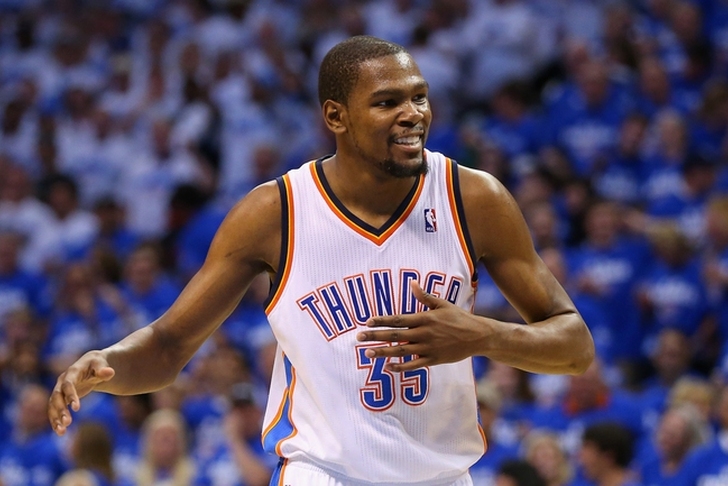 Kevin Durant is joining the Golden State Warriors. Durant made his decision today, spurning the Oklahoma City Thunder in favor of Golden State.

Durant has agreed to sign a two-year deal worth $54 million, with a player option for the second year, allowing him to take advantage of the rising salary cap next offseason.

The Thunder were viewed by many as the favorite to keep Durant, but he's elected to form a Big Four with Stephen Curry, Klay Thompson and Draymond Green. The Warriors will need to make a few moves to clear the cap space to sign Durant, but will be able to do so.

Durant leaving is a major blow for the Thunder, who had a 3-1 series lead against the Warriors in the Western Conference Finals. The Thunder had the first and last meetings with Durant, but weren't able to convince him to stay.

The 27-year-old Durant was one the most coveted free agents in recent years. In his nine-year career, Durant has averaged 27.4 points, 6.2 rebounds and 3.7 assists.

The Boston Celtics, San Antonio Spurs, Miami Heat and Los Angeles Clippers also had meetings with Durant. The Clippers were told they were out of the running Saturday.