Warriors Coaching Rumors: The 3 Most Likely Replacements For Mark Jackson 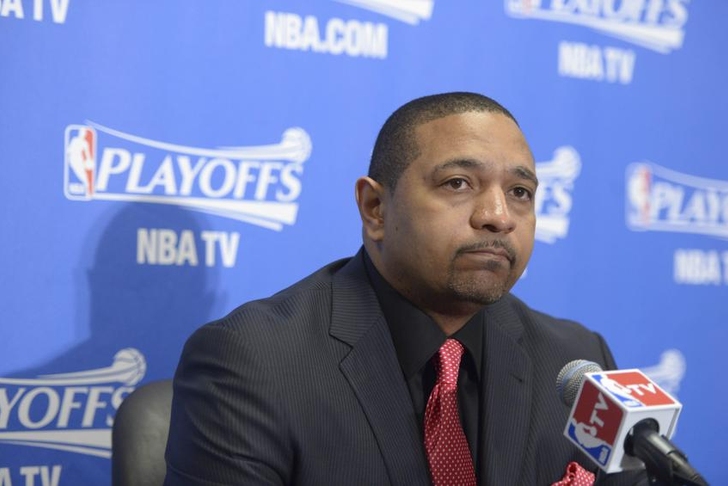 To the surprise of very, very few, the Golden State Warriors officially fired head coach Mark Jackson on Tuesday. Jackson led the team to a 51-31 record in 2013-14, and the team lost to the Los Angeles Clippers in the first round of the Western Conference Playoffs. While the Warriors coaching search is just getting started, three possible replacements are already being mentioned frequently - here's a breakdown:

Iowa State coach Fred Hoiberg has emerged as a dark-horse candidate for several NBA jobs, and he's definitely on Golden State's radar. Hoiberg, 41, has a 90-47 record with the Cyclones, and led the team to the 2014 Big 12 tournament championship. Coincidentally, Hoiberg attended the same Iowa high school as Warriors star Harrison Barnes, and played with former coach Mark Jackson with the Indiana Pacers for several years in the late 90's. Hoiberg may not leave the college game just yet, but he'll be coaching in the NBA sooner rather than later.

Stan Van Gundy hasn't coached since parting ways with the Orlando Magic two years ago, but he's been linked to a number of vacancies. A Pat Riley disciple, Van Gundy has a 371-208 overall coaching record, and his teams have never had a losing season at the NBA level. If the Warriors front office decides they want a proven coach with NBA experience, Van Gundy has an excellent chance of landing the job.

Kerr, who looked headed for the Knicks just days ago, might be preparing to change course now that the Golden State job is available. A good friend of owner Joe Lacob and his son, assistant GM Kirk, Kerr would come in with a good relationship with upper management...something Jackson never had. Like Jackson, Kerr would come in with a lack of coaching experience but a sharp basketball mind, and the Warriors will hope he can improve on Jackson's foundation without alienating staff members or clashing with bosses.