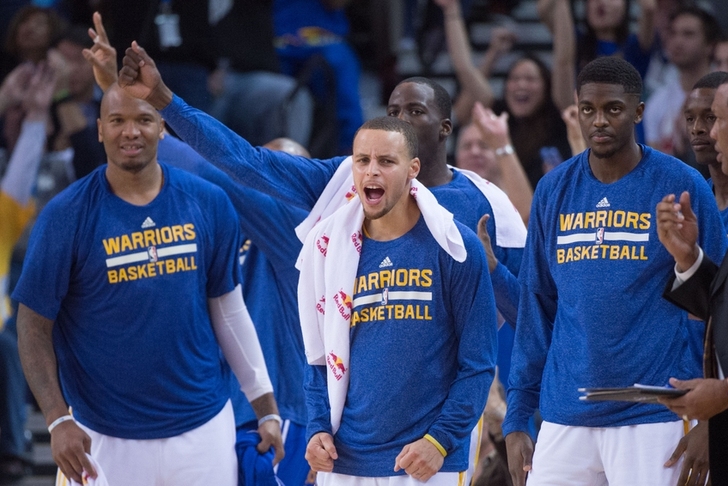 The Golden State Warriors posted a remarkable 67-15 record during the regular season, putting them in a different class than the rest of the teams in the league. How does it stack up against the best regular seasons in NBA history?

The Bucks were in just their third season in the NBA, but a center named Lew Alcindor (who later changed his name to Kareem Abdul-Jabbar) dominated the league and carried the Bucks to the lone championship in franchise history.

Dallas recorded three double-digit win streaks in star Dirk Nowitzki's MVP season, but they were upset in the first round of the playoffs by the eight-seed Golden State Warriors.

Michael Jordan and the Bulls were on a mission in 1991 as MJ won MVP and the Bulls dominated the competition in the playoffs on the way to their first of six championships.

Boston was propelled by the best home record in league history (40-1), and Larry Bird & Co. didn't let up in the playoffs as they lost less than five games in the playoffs.

Golden State has yet to write the final chapter to their season, their outstanding season has them in the conversation for one of the best teams ever.

Despite their dominant regular season, the Celtics lost to the Knicks in the conference finals.

Wilt Chamberlain led Philly to a 46-4 start, and even though they took their foot off of the gas late in the year, they were able to win a championship.

Chamberlain, Jerry West, and Elgin Baylor combined the lead the Lakers to a championship and what was the best record in the league until it was broken by Michael Jordan's Bulls.

The Bulls were trying to win back-to-back titles for the second time in the 1990's, and they accomplished that feat behind Michael Jordan, Scottie Pippen, and Dennis Rodman.

Michael Jordan had come out of retirement late in the 1994-1995 season, and after the Bulls lost in the playoffs that year, Jordan was determined to bring Chicago back to the NBA Finals. With a full offseason dedicated to basketball, MJ carried the Bulls to the best record in league history and another championship.

Follow our Golden State Warriors team page for all the latest Warriors news and rumors!