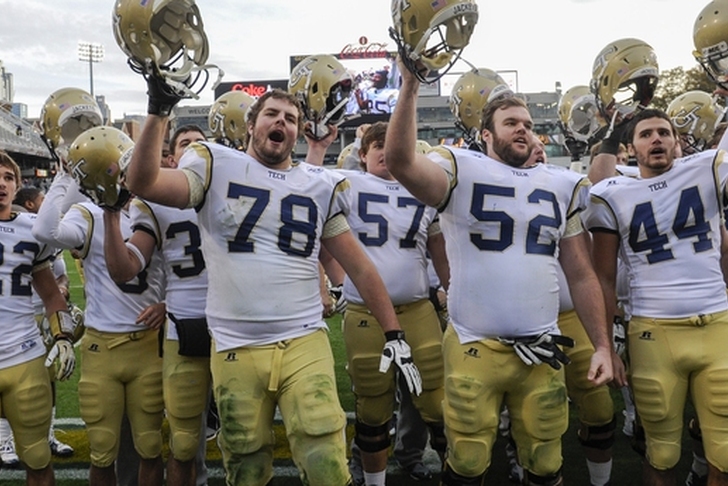 The Georgia Tech Yellow Jackets ended the #9 Florida State Seminoles lengthy ACC winning streak with one of the most improbable plays of the college football season this year.

A blocked Roberto Aguayo 56-yard field goal was returned Georgia Tech to the house with time expiring, sealing a 22-16 victory for the Yellow Jackets in Atlanta. The ball was scooped up by DB Lance Austin who rode some fantastic blocking all the way to the end zone to break a 16-16 tie and hand FSU their first ACC loss in 29 tries.

It was a bit of serendipity for a Georgia Tech (3-5) team that has been snake-bitten all year long. With the strong-legged Aguayo lined up for the FG, it appeared they could have their hearts ripped out once again.

However, that wasn't the case after the electric block, scoop and score that everyone will be talking about all week long.