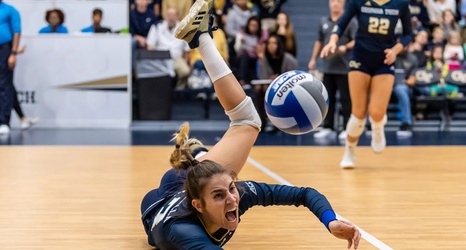 Oh, this one stings. Sure I could talk about the game, but it was another solid sweep of the same okay Miami team we saw a couple weeks ago. You’ve heard about them and, really, the storylines were no different in this match, at least as far as gameplay is concerned. The Jackets, though, as you well know, did have a certain extra motivator this past week. After finishing the season on a five game winning streak, and having locked down wins in fourteen of their previous fifteen matches, good for finishing alone in second place in the ACC, the Georgia Tech Yellow Jackets were denied a spot in the NCAA tournament.