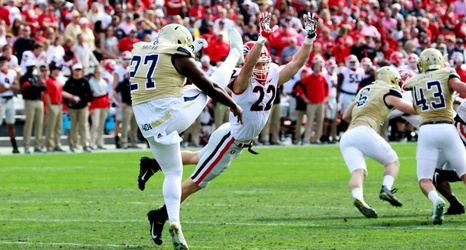 It was an electric atmosphere in Bobby Dodd Saturday as Tech took the field against rivals UGA. Tech’s defense came out strong in the first drive, surprising many by causing UGA to go three and out. However, as the first quarter continued, Tech’s defensive strength began to wane as UGA marched down the field. A pass by Fromm setup UGA for a 3-yard run to go up 10-0. From there on, UGA never looked back. UGA’s next drive had the Tech defense on their heels, ending in a 20-yard pass by Fromm for a touchdown.

The story of the first quarter was Tech’s total inefficiency on offense.