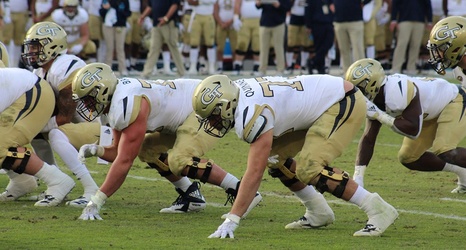 To say that fans are excited for Geoff Collins’ first season as head coach is an understatement. According to Tech’s athletic department, when football season tickets went on-sale for the 2019 season on Monday, Tech sold 81 percent more tickets on the first day of sales than they did in 2018, with 20 percent of season ticket sales accounted for by buyers who had not held season tickets in the previous season. But the same week that Tech fans enthusiastically threw money at Todd Stansbury, a quiet piece of news betraying the seemingly boundless optimism towards Collins’ approaching tenure as head coach emerged — All-ACC guard Parker Braun would be leaving the program as a graduate transfer.