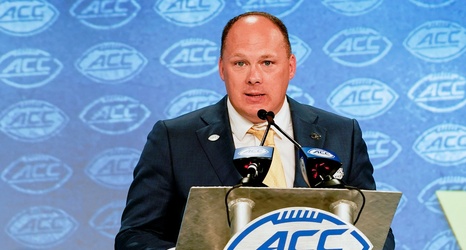 Well after all the talk of it, the ACC officially released its new 3-5-5 scheduling model, which will debut in the 2023 season. Each team in the ACC will have three teams it plays each season and play the remaining 10 teams twice over four years (once at home and once on the road).

In 2023, the ACC will adopt a 3-5-5 football scheduling model and all 14 schools will compete in one division.

Teams will play 3 primary opponents annually + face the other 10 teams twice during the 4-year cycle, once at home and once on the road.