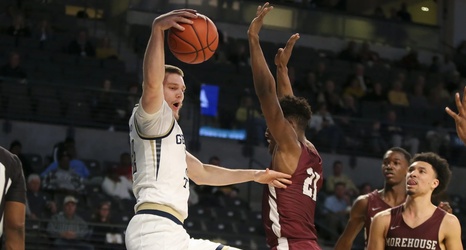 David Didenko’s career with Georgia Tech didn’t go exactly as planned. Didenko came to the Flats as a commit from Palm Beach State College (FL) with little film or statistics. The native of Russia played sparingly his freshman year, averaging just over four minutes per game. During his sophomore year, Didenko saw even less time on the court, playing five games and averaging 1.8 MPG. While you never want a player to leave a team, Didenko’s transfer will give Josh Pastner another scholarship to use on a potential contributor. Good luck, David!

Speaking of Josh Pastner, the recent firing of Sean Miller at Arizona has led to some speculation that he could be a candidate to return to his alma mater.